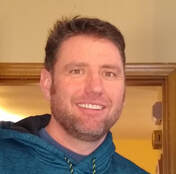 Hi! My name is George and I am a new resident at Kingdom Boundaries Prison Aftercare. I can't stop counting the blessings God has given me this past week! Kingdom Boundaries has helped me with food, shelter, and clothing to get me back on my feet. I am also in the process of using their resources to find employment.

After getting released on parole, we as former inmates face many stressors. I am so grateful to have so many wonderful people here to help me grow in Christ and to hold me accountable. Jesus has given me a new life here in Sioux Falls, and I am excited to see what God is going to do through me.

Thank you for the financial support you have given to Kingdom Boundaries and for your prayers.

Zephaniah 3:17 (NIV)
The Lord your God is with you, the Mighty Warrior who saves. He will take great delight in you; in his love he will no longer rebuke you, but will rejoice over you with singing."

God can guard our relationship with Him.
Lord God, You are powerful and You are good. Please protect my relationship with You, keeping out anything that would take my eyes off You.
October 2nd, 2018
Proverbs 22:6
Train up a child in the way he should go;
even when he is old he will not depart from it.

The more I work with men that are incarcerated the more I thank God for the family He graciously let me be born into. Not everyone has been blessed to be born into a family with both parents, and parents who were sober.

When I work with men and hear their stories, it doesn't surprise me that they end up in jail or prison. I am not excusing what they did and not saying that incarceration wasn't necessary. Sometimes incarceration is an act of mercy. Many have told me if it wasn't for being locked up they would probably be dead.

The following is a letter written by a young man named Dubusries. The sad truth is that Dubusries' story isn't that uncommon. Many men and women haven't had the same opportunities that many of us have.

Please take the time to read his story and please continue to pray for those that have not been "Trained in the way they should go". Dubusries is currently incarcerated at the Mike Durfee State Prison in Springfield, SD.

Grace and peace from God the Father, God the son, and God the Holy Spirit.

There with me was my older brother Thomas, and my younger sister, Sharon. Unfortunately, the household we lived in could be compared to a battlefield. It was in a state of constant turmoil. I felt no love from my so called 'family'. My younger sister received the little affection this household could give.
My mother, Dorothy, worked a seasonal job in the fields. While she was gone all I can recall is that various family members were perpetually at each other's throats. At the center of all the issues plaguing my home was, of course, drugs and alcohol.

It was my mission on a day to day basis to simply survive. Venturing out to steal was a necessary at the time. No one in my family seemed to pay any attention to me. This being said, my mother was battling a severe addiction to crack cocaine. Nobody was around to reprimand me or my brother Thomas. Surprisingly, at school I was doing fairly well.

My first taste of drugs was at the age of 9. One day while hanging out with my friend Rajule, I took my first puff of marijuana. The relief was instantaneous. This was my escape from the seemingly endless turmoil at home. Every day I went to Rajule's trailer to forget my home life, because at home I was constantly accused or things that I had no knowledge of.

When I was eleven years old, life changed. My mom met a respectable hardworking man named Luther. He was kind, and most importantly, sober. I was happy for my mother. In a devastating turn of events, my mom took my sister and left. Luther had offered them sanctuary in Clewiston, Florida, where he worked for the city.

During the two years Thomas and I were without our mother, things went south. My grandpa became quite violent. We were often physically beaten with a variety of objects including extension cords. No one had a clue what was going on at home.

At about age 13, my mom returned to retrieve Thomas and I. This is when I began seeing just how severe my mom's addiction was. School was no longer a priority for me. I began flunking out and experimenting with cocaine. By 15 years old, I was addicted to cocaine. To support my habit, I began stealing. Getting high was my attempt to drown the hopelessness and despair I felt inside.

After frequent run ins with the law, I was forced to complete a treatment program at the Eckert Youth Development Center. While in placement my biological brother, Ernest, drowned to death. Anger at my inability to affect the outside world bubbled to the surface. This led to many anger related conflicts in placement.

I eventually completed the program and moved back with my mom and brother Thomas, who was now distributing drugs. As I tried to better myself, I found employment with World Wide Riders. It was a travelling carnival and I worked full time. Following my employer, I went to Virginia and became homeless after a conflict over my pay.

Soon I met a man named Mike who let me stay with him. That's when life began its slow spiral downward. While distributing marijuana, I sold to a Confidential Informant on three separate occasions. I was convicted and received 3 years, 33 months suspended. I moved to Florida upon release.

In 2002 I caught a possession charge for cocaine while on probation. They extradited me back to Virginia where I was violated and received every bit of time suspended. After nearly three years, I was released o February of 2005, on Valentines Day. I moved to Richmond, Virginia. For about a year all the trouble I had was a traffic ticket. At age 26 I moved back to Florida.

Later in 2006 I returned to Virginia, where I was convicted for having cocaine again and received 7 months' time served in county jail. Shortly after, I moved to Henrica, Virginia, where I received an embezzlement charge relating to credit card fraud. Ten months later I was finished with my time for those charges.

In 2008 I returned to Florida. In Immokalee I began attending GED classes in an effort to better my life. Soon I felt like I was stuck in place. So, in June 2009, I went to Preston, Maryland where I met my son's mother.
A year later in 2010, I caught a possession with the intent to distribute charge, as well as 3 counts of forgery, all in less than a year. I was released in 2012 and completed parole in 2014. I returned shortly to Florida, and in 2015 back to Maryland.

On August 31st, 2015, I left for Sioux Falls, South Dakota. Upon arrival I again got into trouble and was incarcerated. The "NOW" phase of my life is at the Mike Durfee State Prison.

Dubusries
We are never outside the watchful care of our heavenly Father.
July 24th, 2918
My Testimony 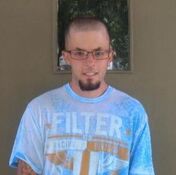 My name is Alec Thraen. I surrendered myself to Christ in September of 2016. I did this while I was incarcerated at the Mike Durfee State Prison.
---------------------------
I went to prison at the age of 19. While I was in prison, I went through many trials and tribulations. I was not a believer and I was at the lowest point of my life. I had a bad temper and I did not respect the commanding officers in the prison system or any of my peers. I looked out only for myself. I was a liar, a deceiver, and I did whatever it took to get what I wanted. I was very angry at God for putting me in prison.

I was in prison from December 2001 to March 2014. When I was released in March 2014, I continued in the bad habits that I was addicted to. Alcohol was one of my addictions. When I was intoxicated, I was verbally abusive to my loved ones and occasionally physically abusive. At this time, I met my ex-girlfriend. We did not realize how toxic we were for each other. During this relationship, I was charged with a domestic abuse charge. Combined with this charge and my drinking addiction, my Parole Officer revoked my parole and I was sent back to prison. I had been out for 1 ½ years and now I lost everything. (I am thankful that my family continued to support me.)

During this time back in prison, one of my good friends asked me to
attend a "Brothers in Blue" (See below) weekend. At the time I was very reluctant, but I agreed to attend. In September of 2016 at a "Brothers in Blue" event, tired of the life I was living, I dedicated my life to Christ.

Shortly after this I found out that God had blessed me with a daughter. He also has restored relationships with people that are important in my life like my daughter's Mom. And I now have a relationship with my step-Dad. (I had not talked to my step-Dad in 5 years.)

During the "Brothers in Blue" weekend, I learned about Kingdom Boundaries Prison Aftercare. I contacted Jeff and started the process to be accepted to KBPA. After visiting with Jeff several times, I was accepted into their program.

Thank you for taking the time to read this!

​Brothers in Blue (BIB) is a 2 1/2 day spiritual renewal program pattered after Cursillo.  BIB was originally started in Iowa where the men wear blue jeans, which gives it the name Brothers in BLUE. The program was brought to South Dakota where several weekends have been held in three of the men's prisons and has been added to the women's prison  under the name "At The Well"
Brokenness can lead to wholeness
June 12th, 2018
"Current KBPA resident testimonial"

Over 15 years ago, I was in a jail cell sitting lost and not knowing which way was up. A man came to the door and said God is calling you at this moment. I began to cry, and I haven't had this emotion for over 20 years. At that moment, I asked God to forgive me and to lead me to what he wanted me to, not what I wanted to do.

My release date was approaching fast. One of God's helpers told me about Kingdom Boundaries Prison Aftercare. He introduced me to Jeff, one of God's helpers. Jeff showed me compassion as none other has ever done since I was born.

Jeff and Rhonda are the founders of KBPA. They listened to God's calling. They have helped so many. God has blessed this ministry in many ways. Since I've been living at KBPA, God has called me to become a mentor to those that are coming to KBPA.

I have so blessed by KBPA and I thank God for all the things He has done and all the things He is doing in my life. I am looking forward to helping others through this program, Kingdom Boundaries Prison Aftercare.

1 John 1:5 says "This is the message we have heard from him and declare to you: God is light; in him there is no darkness at all."
May God bless those that read this. God bless all!
Mike Morse
Every day we can reject destructive habits and experience new life in Jesus.